Venomous Snakes in Georgia: What You Need to Know 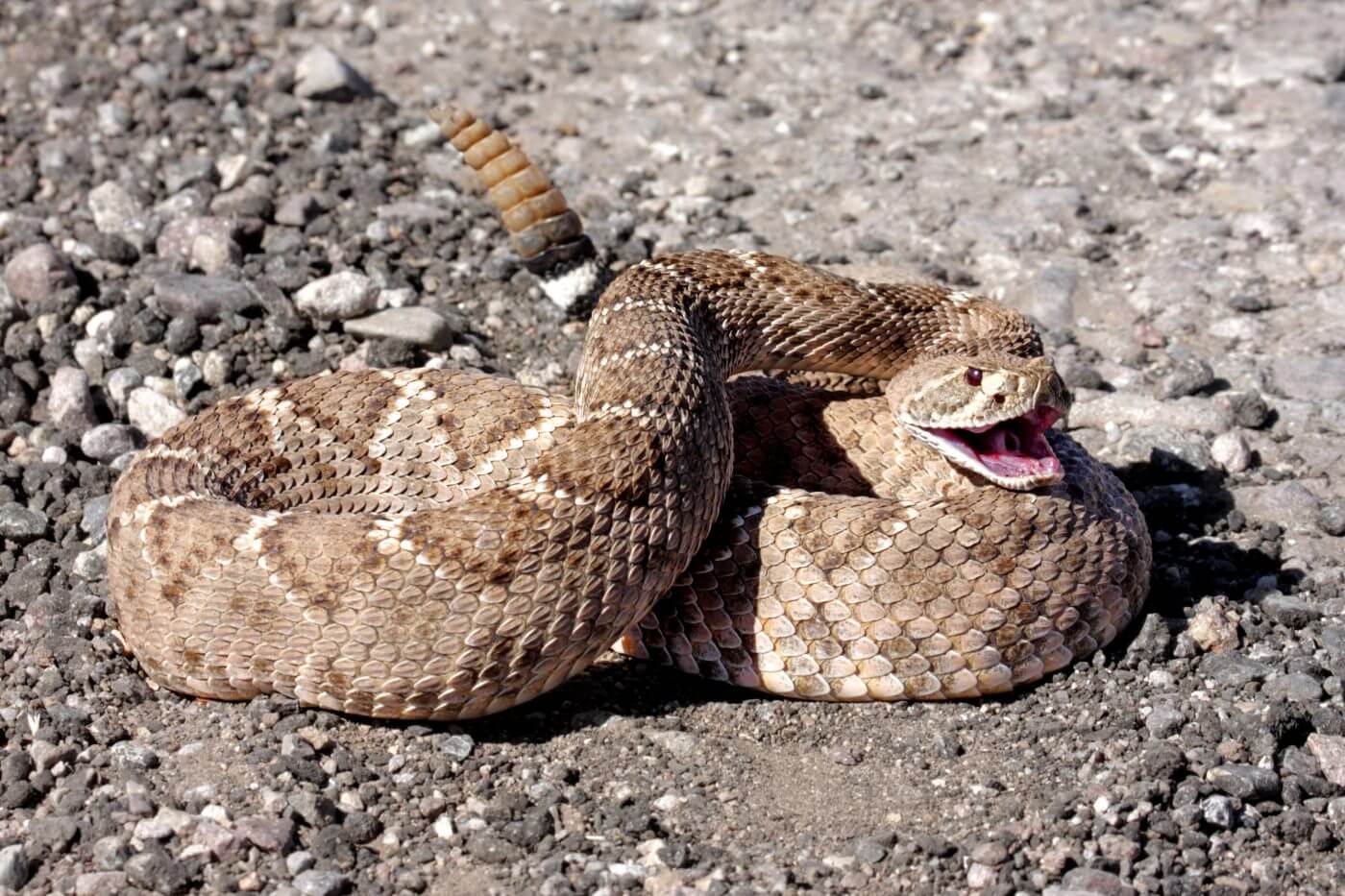 Need some more facts to comfort you? The Centers for Disease Control and Prevention reports that there are only about 5 deaths each year from venomous snake bites in the US. Most of these deaths come from preexisting conditions that are worsened because of the snake bite, so if you’re a healthy person who’s not handling snakes regularly, you don’t have much to worry about!

While most snakes in Georgia are harmless, it’s still smart to be able to identify the venomous snakes. Legally, you’re not supposed to kill the non-venomous snakes, so it’s important to know the difference. Here’s what you need to know.

They’re known by two different names, but whatever you decide to call them, you’ll want to stay away from them. They’re semi-aquatic, meaning they’re found both on land and in water. Their triangular heads, heavy bodies, and large mouths typically set them apart from other snakes.

You can find water moccasins anywhere from Southern Georgia all the way up to metro Atlanta. They’re found in cypress swamps, river floodplains, and wetlands — typically any type of freshwater habitat is fair game. 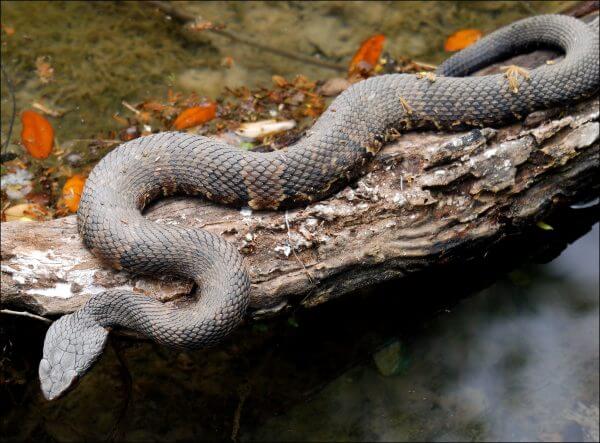 Copperheads are much more common in the metro Atlanta area than the southern, wet regions of Georgia like the rest of Georgia’s venomous snakes. They’ll thrive in dry, rocky areas or cool wetlands. These are the snakes you’ll need to be the most aware of around your home, as they’re accountable for most snake bites in Georgia each year.

They’re relatively large, heavy-bodied, 24-40 inches long, tan or brown, and have large triangular heads and hourglass-like crossbands across their bodies.

Learn more about protecting your family from copperheads here.

Eastern coral snakes are highly venomous snakes with distinct bright red, yellow, and black rings across their bodies. They’re slender and mid-sized, making them much smaller than most other venomous snakes.

They’re found in most rural areas but will move to suburban areas as well. You’ll most likely find them during the spring and fall. 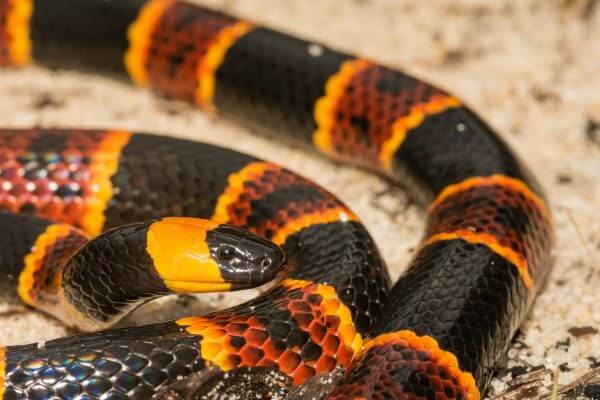 There are 3 types of venomous rattlesnakes in Georgia to watch out for: the eastern diamondback rattlesnake, pygmy rattlesnake, and timber rattlesnake (also known as canebrake rattlesnake). Most have flat, triangular heads with long, thin necks.

The eastern diamondback is the most dangerous of not only the rattlesnakes but all venomous snakes you’ll encounter in Georgia. The best defense? Leave it alone! It’s typically found in very southern regions of the state.

The timber rattlesnake can be found all across Georgia, similar to copperheads, but will most likely be found in rocky areas, woods, and forests. Its bites can be pretty harmful, but they’re not likely to strike unless it feels threatened.

Last and smallest is the pygmy rattlesnake. It grows to be less than 30 inches long and is often mistaken for a loud insect because of its size (of both its body and rattler). It’s feisty and highly venomous, but its size makes it less of a threat to most; just watch your kids and small pets. 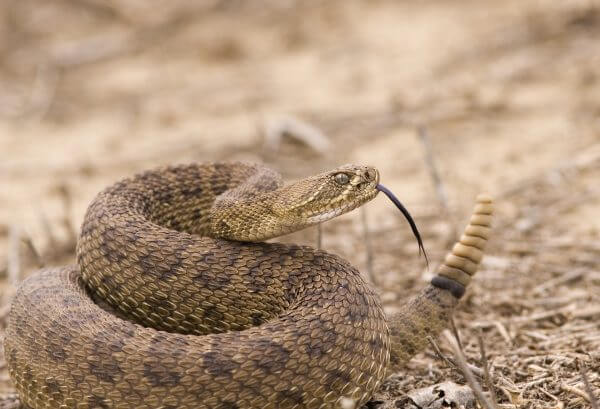 The best way to avoid a snake bite, especially from a venomous snake, is to avoid it. Snakes don’t necessarily want to bite you and typically won’t unless they feel endangered. Steer clear of snakes in the wild and teach your kids to stay away from them if they see them, especially in your yard.

If you are bitten by a snake, you’ll know if it’s venomous (believe us, you’ll feel it – either the pain or the numbing!). Non-venomous snakes don’t have fangs, so you’ll be able to tell by the teeth as well. If you’re bitten by a venomous snake (or aren’t sure and fear it may have been venomous), seek medical attention immediately. Never tourniquet the wound, and avoid painkillers and alcohol. Venomous snake bites are relatively easily treatable when you seek medical attention, so try not to worry! Keep your breathing and heart rate as close to normal as possible.

As always, we’re here to help you with any pest problem you may be having. If you’ve spotted any snakes in your yard or underneath your home, call us to assess the problem and aid in removing them. Don’t hesitate to call! 706-979-2536

Get Rid of Roaches FAST