What is a Termite Swarm? 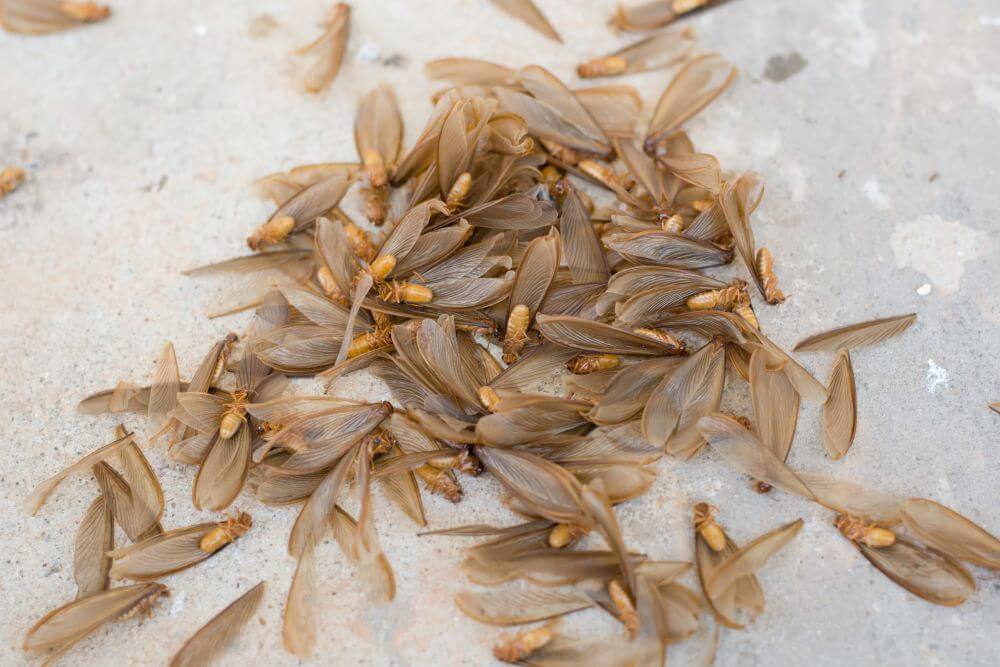 What is a termite swarm?

Termites typically swarm once a year, when a colony reaches capacity and weather conditions become optimal for flight. What happens? Hundreds or thousands of swarmers (also known as alates) essentially come out of hiding. They’re produced solely to reproduce and expand the colony and they live in the soil near the surface of their nest until those optimal conditions are met.

They’ll usually swarm outside, but if they swarm inside a home, they’ll try to squeeze through cracks and crevices in walls and the foundation to get to open air. They’re attracted to light, so you can typically find them near windows or lights.

When do termites swarm?

Damp soil and humidity make for the most optimal conditions for a swarm. That’s why most termites wait until a day following a rain shower when the weather is overcast and winds are under 6 miles per hour.

What does a termite swarm mean?

If you see a swarm nearby, it typically means that there is a colony living in or near your home. This is a good indication that it’s time for an inspection, as it may be a sign of an infestation (yikes!).

What do you do when you spot a termite swarm?

Don’t spray! Sprays can cause termites to stick to surfaces and make cleaning very difficult. Yuck! The best way to remove a swarm is by using a vacuum. This will kill most, but it’s best to get rid of the vacuum bag once you’re finished in case any are left alive inside. Just come back and vacuum a few times over the next few days to make sure you get them all.

Call in the experts. A swarm typically means there’s an infestation, which can lead to a lot of damage down the road. Call us for a free in-home inspection. We’ll discover whether or not you have an infestation and if so, where and how to eradicate it.